Today I am beyond excited to feature a lovely guest post from J. Grace Pennington! We have many wonderful traits in common--we both live in the Texas Hill Country {yeah, be jealous}, we both write young-adult fiction, we both self-published, we both had books come out this fall, we're both NaNo-ing it up this month...basically, we're just both incredibly awesome, I guess. :) So without further ado, here is J. Grace Pennington:

I’m not convinced that anyone ever learns how to write.

You learned to write back in kindergarten? Well, maybe you learned to spell in kindergarten (though I dare you to spell “acquiesce” without consulting a dictionary), maybe you learned to form letter symbols with a pencil (though most of us use keyboards these days anyway), maybe you even learned what predicate nominatives are (though I myself have no idea). But that’s not learning to write. Yes, you need all of those things in order to write (at least to some degree), but writing is a lot more than that. It’s voice, and style, and molding words to your will to express the ideas, opinions, and stories in your mind.

Unfortunately, there’s a little matter of every story being different that keeps getting in the way.

I recently published the second book in my young-adult Christian sci-fi series, Firmament. Right now I’m working on the fourth book, and am about a third of the way through. The third book needs editing, and the first book has been out for over a year.

The first book went something like this: Grace has a dream, she wakes up and lays in bed thinking of a way to make it into a story, she writes a bit of it, she thinks a little more, then she plows through and writes it in sixty-six days. She sends it to a friend and realizes there are moral considerations that need to be fixed, so she rewrites most of it. She sends it to another friend and realizes that it makes no sense, so she rewrites it completely from scratch. Then after a couple years of tweaking and cover-design and formatting and tweaking some more, she self-publishes it. Lots and lots of work!

The second book went more like this: Grace is finished writing the first draft of the first book, and after about a month, she finds she misses the characters, so she starts writing the second book. She writes it in also around sixty days, and it flows out with remarkable ease. She gets a friend to read it, and the friend thinks it’s pretty much good. She tweaks it a bit and sends it to another friend, who thinks it’s good. Then she tweaks it a bit more and self-publishes it. It turned out right the first time! Wow! She’s got the hang of writing now.

The third book: Grace finds again that she misses the characters, so she starts writing the third book after a month or two. She tries to start it, and the opening is boring, so she dumps it and starts again. That opening is bad too, so she dumps that. This time she starts near the end of the first chapter, then goes back and fills in the beginning and finally gets it right. Then she writes the second chapter, then realizes the story makes no sense and goes back to the drawing board. She plans it out, fixes some things, and moves ahead with the third chapter. After the third chapter she realizes it makes no sense, so she stops and gets a friend to brainstorm it with her. Said brainstorming takes months, and then NaNo rolls around and she decides to try to write some of the book for NaNo. She plows through another few chapters, but finds that things still make no sense, so she stops and brainstorms more. Then she takes the big mess of the book out again for the Camp NaNo NaNoThon, and writes through and finishes the last several chapters in two days, making the writing stretch over more than a year. The result is messy and will probably need to be rewritten from scratch.

The fourth book: Grace decides to be naughty and start it before the third book is finished, brainstorms it, and the story comes together perfectly for an outline. She breezes through the first three chapters happily and then slams to a halt. For a year the story sits and has nothing done to it, then she picks it up for NaNo 2013 and finds herself dragging through it, forcing a thousand or two words out each day.

Notice anything about these four stories? That’s right. Not a single one of them is the same. And I have an inkling that the fifth will probably be completely different. They say that genius is about one percent inspiration, and about ninety-nine percent perspiration. The same can be said of writing, but for the purposes of this post I have another observation. Writing is about ten percent learning, forty percent, experience, and a hundred percent perseverance (yeah, that’s not as catchy, and I’m not very good at math, but it works for my purposes). Give your writing a hundred and fifty percent effort, and refuse to give up, and you will find yourself joining this person (who has no idea what a predicative nominative is) on a rather fantastic adventure where no two stories are the same. 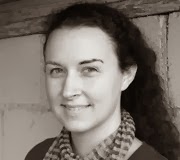 J. Grace Pennington lives in the beautiful Texas Hill Country with her parents, her eight younger siblings, and her horse, Pioneer. When she is not writing she enjoys reading good books, playing movie soundtracks on the piano, and looking up at the stars.

You can {and should} check out the blog of this lovely authoress at www.jgracepennington.com, become friends/followers on Facebook and Twitter, and find out more about her books at www.firmamentseries.com. Don't forget to check out her newest book, In His Image!
Posted by Melody at 5:00 AM